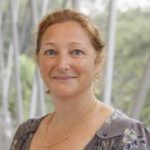 Dr Rosalind Parkes-Ratanshi is a clinical academic with a research interest in sustaining HIV and STI care using innovation in Africa. She trained as a Clinical Lecturer in Genito-urinary Medicine at St Mary’s Hospital, Imperial College, London and holds an Honorary Contract at Cambridge University Foundation Hospital. She has over 13 years’ experience working in Uganda and completed her PhD from the Liverpool School of Tropical Medicine in the prevention of cryptococcal disease in HIV positive Ugandan adults in 2009. In 2011 she joined the Infectious Diseases Institute, at Makerere University in Kampala, where she served as head of the clinical services. During this time she was responsible for introduction of new services such as a co-pay clinic, HIV-hepatitis services and elderly persons HIV clinic. She also headed a systems strengthening project for over 50,000 patients in care in government hospitals across Uganda.

In 2015 she established the Ugandan Academy for Health Innovation and Impact (The Ugandan Academy) whose mission is ‘To improve health outcomes through innovations in clinical care, capacity building, systems strengthening and research which inform policy and practice with a strong emphasis on HIV and TB’.

In 2015 she also returned to the University of Cambridge as Lecturer in Public Health at Cambridge Institute of Public Health, whilst maintaining her work in Uganda as the Director of The Ugandan Academy. She has been Chairperson of the Board of Directors, Aga Khan Health Services, Uganda since 2009 and was the Uganda Country Ambassador for the Global Action Fund for Fungal Infections (GAFFI) 2014-15. She was elected a Fellow of the Faculty of Public Health in 2015.