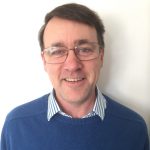 Toby joined the Department of Public Health and Primary Care in 1991 as the statistical member of the Health and Lifestyle Survey team. Research interests of the team included the characterisation of diet from food frequency questionnaires using principal components. After a PhD in Southampton involving an evaluation of multilevel modelling methods for the analysis of family-clustered child mortality, Toby returned to the Department in 1996 as a consulting statistician and then primary care trial statistician. He was promoted to Senior Research Associate in 2002 and led the Statistical and Modelling Group of PCU until 2009. This included a period 2002-2006 working in the MRC Biostatistics Unit in the areas of cluster randomised trial design, and multivariate meta-analysis for complex interventions.