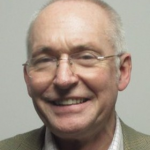 Professor Kelly is a Senior Visiting Fellow in the Department of Public Health and Primary Care at the University of Cambridge and a member of St John’s College.  Between 2005 and 2014 he was the Director of the Centre for Public Health at the National Institute of Health and Care Excellence (NICE) where he led the teams producing public health guidelines.  While at NICE he appeared regularly on the Today Programme and BBC, ITV and Sky Television.  He has advised the House of Commons Health Select Committee and been a witness before parliamentary committees on a number of occasions.  He has chaired committees for MRC/ESRC, the Foods Standards Agency.

From 2005 to 2007 he directed the methodology work stream for the World Health Organisation’s (WHO) Commission on the Social Determinants of Health.  This body of work was the first time that a properly evidence based approach to dealing with health inequalities had been attempted by WHO.  He has a continuing interest in health inequalities and is pursuing a programme of research in Cambridge on this topic.

His research interests include the methods and philosophy of evidence based medicine, prevention of CVD, health inequalities, health related behaviour change, the causes of non-communicable disease, end of life care, dental public health and the sociology of chronic illness.