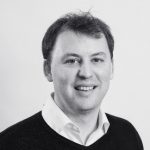 Dustin is a Senior Research and Policy Analyst at The National Children’s Bureau (NCB) and is responsible for developing and using evidence for influencing Government and Parliament to improve the lives of children and families. He has over 10 years’ experience in children’s policy and research, having worked in this capacity for NCB, Barnardo’s, NSPCC and the Magistrates’ Association.

Dustin is co-Principle Investigator of the “Living Assessments” Collaborator Award, funded by Wellcome Trust, in partnership between NCB, the University of Cambridge, the University of Kent, and the All Party Parliamentary Group for Children. The heart of this project is involving those with lived experience of children’s social care in research and policy influencing about the issues that affect their health and social care assessments.

At NCB Dustin is responsible for involving children and young people in policy and research. Dustin worked on the influential All Party Parliamentary Group for Children and its social care inquiries and co-authored two parliamentary inquiry reports.

Previous work includes the Children Missing Education report which was debated in the House of Lords.

National Children’s Bureau (2017) No Good Options: Report of the inquiry into children’s social care in England, All Party Parliamentary Group for Children