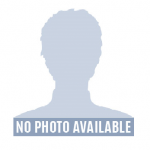 Amelia is a visiting researcher within the Palliative and End of Life Care Group. She is an analyst at RAND Europe working in the area of innovation, health and science. Prior to starting at RAND she was a research associate at the Primary Care Unit, Department of Public Health and Primary Care at the University of Cambridge, where the majority of her work focused on the dissemination and utilisation of the Clinical Practice Research Datalink, a nationally collected routine dataset of UK general practice records. As part of her role she worked on several projects, including investigating patterns of medication prescribing at the end of life and validating risk prediction models in the UK population using UK Biobank data.