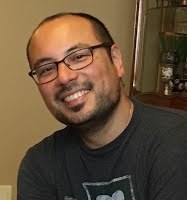 Mike grew up in the Seattle area before beginning undergraduate study in 1999 at the University of Washington, where he later graduated with BSc’s in biochemistry and economics. During this time he was also introduced to computational genomics as the initial draft Human Genome was being finished, spending several years doing research in gene finding and protein structure prediction. He continued studying biochemistry as a graduate student at UCLA, but returned to genomics in 2005 when he moved to the Wellcome Trust Sanger Institute in Cambridge, UK. While at Sanger, Mike completed his PhD with Prof Leena Peltonen and Prof Gert-Jan van Ommen and was heavily involved in the first wave of genome-wide association studies, especially the statistical methods thereof. He also led large-scale studies to integrate multi-omic data, and identified a gene co-expression network related to the innate immune response and associated with diverse metabolic traits. In 2010, Mike moved to the Walter and Eliza Hall Institute in Melbourne on a postdoctoral fellowship to continue applying genomic expertise to problems in immunology. In 2012, he joined the faculty at the University of Melbourne where he built a research program in systems genomics with particular focus on clinical and public health problems. In 2017, Mike and his lab were recruited to the Baker Institute and the Department of Public Health and Primary Care at Cambridge University, where he has a joint appointment.

The Inouye Lab aims to alleviate the burden of disease using its interdisciplinary strengths in statistics, computation and bioscience to leverage the latest genomic/biomolecular technologies.