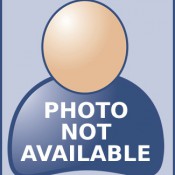 I am a clinician-scientist interested in using genomic technologies to better understand the pathogenesis of cardiovascular diseases in humans. I undertook specialist clinical training in Rheumatology in London, where I developed a particular interest in vasculitis, and vascular inflammation more broadly. I have an MPhil in Computational Biology from the University of Cambridge, and undertook a Wellcome Trust funded PhD in Prof. Ken Smith’s laboratory, jointly supervised by Prof. Sylvia Richardson, Director of the MRC Biostatistics Unit. This involved expression quantitative trait locus (eQTL) mapping in primary human immune cells from patients with inflammatory bowel disease, ANCA-associated vasculitis and healthy controls. This work revealed how the genetic control of gene expression varies between cell types and between health and inflammatory disease states, and provides insight into how non-coding variants may influence susceptibility to immune-mediated diseases.

The importance of inflammation in cardiovascular diseases is now well established. Accelerated atherosclerosis is a feature of many of the autoimmune rheumatic diseases, and a better understanding of vascular inflammation is key to developing new therapies for atherosclerosis and for vasculitis. Against this background, I intend to undertake post-doctoral research in Prof. John Danesh’s group to gain insight into the aetiology of cardiovascular diseases and vascular inflammation by applying –omic technologies at the population level. A particular feature of our approach will be the use of Mendelian randomisation to identify likely causal mediators of cardiovascular diseases which may be amenable to therapeutic intervention.