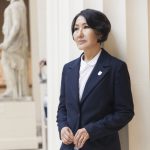 Aytalina Azarova is a scholar of political science, public health and Russian studies.

Before coming to DPHPC, she taught at SVFU (Russia) and CEU (Hungary). She has worked in the areas of health economics, comparative institutional economics and Russian society. Her publications have appeared in the Lancet, BMC, International Journal of Public Health, International Journal of Cancer, and other flagship medical journals. During her time in the Department of Sociology at University of Cambridge she worked under the auspices of the Privmort research group where she combined administrative and research tasks, and was the first author of the major publication of this large ERC project.

Her research uses both qualitative and quantitative methods to study institutional change and its effects on individual action and individual health. Relying primarily on innovative survey and statistical analysis methods, she applies insights from political economy to the study of public health and epidemiology.

Aytalina generally engages in all stages of primary data collection for research projects, and has been involved in designing epidemiologic and social surveys, interviews, and data collection from unofficial sources. Her most recent work examined the impact of partner’s education on mortality in Eastern Europe, as well as the consequences of between-country variation in the speed of economic change for public health and longevity.

She was previously a visiting scholar at the Harriman Centre of Columbia University (USA) and a principal investigator of an RCT at Moscow State University.

Aytalina has illuminated issues of inequality, public health, and gender in her research. She focuses particularly on the social and demographic determinants of health of individuals in transition. She is interested in designing and implementing analyses for identifying the up-stream mediators and moderators of health effects, particularly in individual level data, and developing new statistical methods in this area.

Since 2020: CAPABLE: Cambridge Program to Assist Bangladesh in Lifestyle and Environmental Risk Reduction. Tasks: carrying out statistical analysis of the association between socioeconomic determinants and mortality.

2013-2017: Privmort: The Impact of Privatisation on the Mortality Crisis in Eastern Europe (EU FP7-IDEAS-ERC), University of Cambridge. Tasks: drafting the Research and Final Activity report on the project; carrying out statistical analysis of the association between privatisation and mortality; coordinating fieldwork in three eastern European countries; quality assurance of the datasets; verification of interviews; compiling the higher level databases on socioeconomic indicators.

2012-2014. Roma Initiatives Office of the Open Society Foundations: ‘Developing a New Employees Pay Scale Across 10 Countries of the EU’: designing an innovative statistical methods for harmonising labour compensation for employees in NGO sectors; carrying out background research and collecting data; carrying out statistical analysis and drafting the report.

2008-2009: GDN: ‘Explaining the Dynamics of Institutional Change, Policy Choices and Economic Outcomes during Post-communist Transition.’ designing the protocol for the collecting and processing primary research data; collecting the research data and coding; drafting the report.

The Cambridge public health research network, PublicHealth@Cambridge, one of the five Strategic Research Networks at the University of Cambridge

Data Science for Social Good (fellowship) at the University of Chicago