First in our new series of Research Alerts for GPs and service commissioners, prepared by PCU with Cambridgeshire and Peterborough Clinical Commissioning Group. Please download and share but reproduce in entirety and cite sources. Queries: Lucy Lloyd, Communications Manager at the Primary Care Unit. 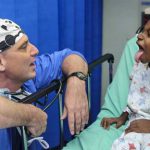 Telephone consultations to determine whether a patient needs to see their GP face-to-face can deal with many problems, but a study led by researchers at the Cambridge Centre for Health Services Research (University of Cambridge and RAND Europe), found no evidence to support claims by companies offering to manage these services or by NHS England […] 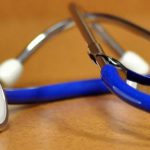 Communication between doctors and South Asian patients is poor, according to national GP surveys, but a question has been raised about whether this reflects genuinely worse experiences or differences in responding to questionnaires. Now, a new study led by researchers at the University of Cambridge has shown that it is in fact the former – […]

Professor Martin Roland CBE, Emeritus Professor of Health Services Research at the University of Cambridge, used a career’s worth of research and insight to influence primary care policy. This included chairing a government commission on the primary care workforce and working hard to ensure that the Commission’s recommendations were effectively communicated to the relevant policymakers. […]