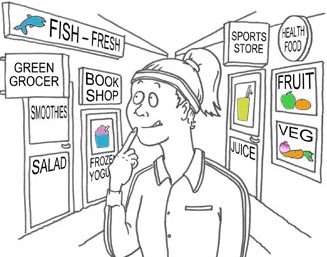 Richard Thaler is an economist that is fluent in Psychology and has just won the 2017 Nobel Prize in Economics. His contribution, as recognised by the awarding committee, has been to apply the psychology of judgement and decision-making to economics. This has not only increased understanding sub-optimal financial decisions but also led to interventions to optimise these. The oft cited example is the Save More Tomorrow scheme in which rather than opting into a retirement saving scheme the default was switched so that employees would opt out. Savings with the latter increased four-fold from 3.5%. His contribution to psychology, less remarked upon, has also been remarkable. By highlighting the failures of subjective expected utility models – which are still the dominant models used in the health field – he drew attention to the many models in psychology that focus instead on habits, situations and non-conscious processes.

I first met Richard Thaler seven years ago in a neglected room in the part of the Cabinet Office that was then above Admiralty Arch. He was on one of his frequent visits advising the newly established Behavioural Insights Team and had an hour gap in his diary, kindly offered to me by the diary secretary organising his visit. I was finalising a paper Judging Nudging and was keen to challenge Richard on what to me were various unsatisfactory features of his book Nudge including inconsistencies in the definition of the term as well as a lack of attention to the weight of evidence for any of the compelling examples given for changing behaviour, be it to keep the country side free of litter or people less rotund. After a tetchy ten minutes, I abandoned my challenging stance. Richard was disarmingly un-defensive about the ideas that he and Cass Sunstein had set out. He did not disagree with any of my points stating that it was for me and others to test and refine the ideas. And indeed, much of our work in the Behaviour and Health Research Unit (BHRU) has done just that – ranging from our 2013 proposals for an evidence-based definition and typology of choice architecture interventions to the 2017 TIPPME typology of interventions.

Some psychologists are dismissive of Nudge, failing to see the core ideas as embedded in the rich heritage of the last 100 years of psychology. Richard has done more than any psychologist to bring behavioural sciences to the design and application of government policies. Last count there were about 75 Nudge Units world-wide. Were there a Nobel Prize in Psychology, Richard would surely be a serious contender.

Professor Theresa Marteau is Director of the Behaviour and Health Research Unit, University of Cambridge