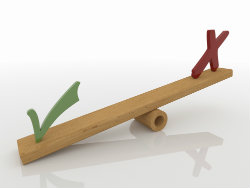 What do GPs and practice managers (PMs) know about data sharing? What do they think of it? Our survey aimed to find out. This is the first survey on data sharing of UK GPs and PMs published in a peer reviewed journal.

In 2016, 98% of UK GPs were using an electronic medical record daily (Under pressure: What the Commonwealth Fund’s 2015 international survey of general practitioners means for the UK). The GP record is typically the main record of a patient. The support of GPs and PMs is thus crucial for patient data sharing to succeed. They will also be able to see clearly some of its biggest challenges.

We sent the survey to all GPs and PMs (637) in all 107 general practices of the Cambridgeshire & Peterborough Clinical Commissioning Group. This is the second largest CCG in England, with a population of 0.86 million. We received 405 responses (64% response rate).

You can also read our “Would you share or would you listen?” blog based on the paper.

Cambridgeshire & Peterborough GPs and PMs are familiar with data sharing:

Perceptions of balances and challenges were finely balanced:

GPs and PMs were discussing the topic with patients: