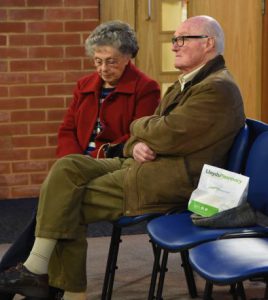 A stroke is a sudden interruption in the blood supply of the brain. Some strokes are caused by an abrupt blockage of arteries leading to the brain (ischemic stroke). Other strokes are caused by bleeding into brain tissue when a blood vessel bursts (hemorrhagic stroke). When the symptoms of a stroke are fully resolved within 24 hours, this is called a transient ischemic attack (TIA) or mini-stroke.

The effects of a stroke depend on which part of the brain is injured, and how severely it is injured. This means that the effects of stroke can vary greatly between individuals. Problems can include physical effects such as weakness, loss of sensation or difficulty walking, communication difficulties, emotional changes, problems with memory and concentration, fatigue and may others.

In this group, our research focuses on how people with stroke are cared for in the community after they are discharged from hospital and what the longer term impacts of stroke may be.

Association of blood lipids, atherosclerosis and statin with dementia after stroke

Quantifying the support stroke survivors get with daily medication taking: a questionnaire survey

How and why does update of secondary prevention medication after stroke vary between general practices and between patient groups?