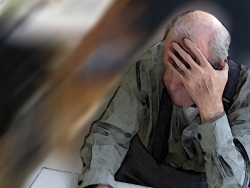 The SMW study aims to develop a relevant, acceptable and evidence-based intervention facilitating mutual support for mental wellbeing among people living with chronic physical conditions and their supporters.

The study is being conducted in three phases: literature review, interviews and focus groups. Phases 2 and 3 are being conducted with people living with one or more of five chronic physical conditions (cancer, chronic pain, coronary heart disease, dementia and stroke) and their supporters.

Twenty-five service-users and twenty-five supporters are to be interviewed, some participating as individuals and some participating as service-user-supporter dyads. Ideas for a prototype intervention generated from these interviews will be further developed and improved through half day focus groups involving people living with chronic conditions and their supporters.

Here is a list of recent publications relating to cognitive function. A full list of publications is available here.