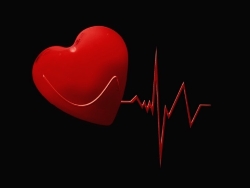 Predicting AF in under 65’s

While age is a key determinant of atrial fibrillation (AF), about 25% of AF does occur in people under the age of 65. It is not yet known whether it would be possible to target high risk people in younger age groups in a possible screening programme.

This project uses routine GP data to explore whether some patient groups are at increased risk of developing AF at younger ages. We intend to use CHA2DS2-VASc score to identify these high risk patients. The CHA2DS2-VASc is a validated risk score for predicting stroke in patients with AF. Because stroke and AF share many of the risk factors, CHA2DS2-VASc can also be useful in predicting AF.

Approximately 25% of strokes are associated with AF and about 25% of those who have a stroke do not have AF diagnosed until the time of their stroke. The presence of untreated AF increases the risk of stroke fivefold and this risk can be reduced by appropriate anticoagulation. At this time the National Screening Committee recommends against screening due to insufficient evidence of benefit however there have been recent advances in both detection and treatment of AF.

The objectives of this research are to investigate whether screening for AF with pulse palpation in general practice is effective in reducing mortality and morbidity and whether screen detected AF is appropriately anticoagulated. This will be a cohort study using data from GP records held within CPRD (Clinical Practice Research Datalink). Patients aged over 65 who received an influenza vaccination from 2008 will be included and their records followed until 2016. As the project is still in the very early design stage the exact statistical plan is yet to be confirmed but is likely to include survival analysis and modelling of time to first stroke. A secondary outcome of rates of appropriate anticoagulation will also be modelled.

See SAFER – Screening for Atrial Fibrillation website for more information on the trial.