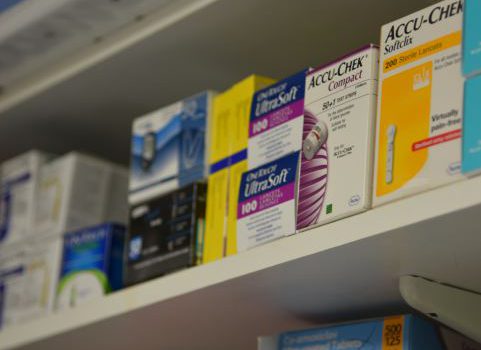 Metformin is the most-prescribed oral medication to lower blood glucose worldwide. But research findings about its association with cardiovascular disease, the most costly complication of type 2 diabetes, remain sparse and difficult to interpret. A new meta-analysis of research on the effect of metformin on cardiovascular outcomes in diabetes patients shows that metformin monotherapy appears safe and, while there is a suggestion of benefit, there remains uncertainty about whether it reduces risk of cardiovascular disease. The review indicates  that metformin may reduce risk of all-cause mortality by up to 16% but it could increase risk of stroke by up to 48%.

The review, from Professor Simon Griffin, Dr Greg Irving and Dr James Leaver at the Primary Care Unit, was published in Diabetologia within the series of articles commissioned to mark the 60th anniversary of the first clinical use of metformin in diabetes.

In spite of the long history and enormous reach of this drug, the authors found only 13 studies reporting cardiovascular outcomes in which the effect of metformin was ‘isolated’ through comparison to diet, lifestyle or placebo. The studies included just over 2000 patients with type 2 diabetes allocated to metformin. Only four randomised-controlled cardiovascular endpoint trials simply compared metformin with placebo among patients with type 2 diabetes.These small studies took place among relatively young, overweight/obese, North American and Northern European patients with poorly controlled diabetes – in contrast to some newer treatments. So, while metformin demonstrates cardiovascular safety as per the 2008 FDA guidance, its use for prevention of cardiovascular disease among older individuals, those with well controlled blood sugar levels, non-white ethnic groups and people living outside North America and Northern Europe is not well supported by trial evidence.

The authors point out that several important limitations (including study bias and small sample size) should be acknowledged when interpreting these findings and that well-designed randomised studies of metformin therapy are needed to enable comparison with newer glucose-lowering drugs (e.g. empagliflozin and liraglutide), for which rigorous cardiovascular endpoint data are available.”

– Sally Marshall, from her editorial in Diabetologia, Professor of Diabetes, Newcastle University

Proponents of a medical solution to diabetes, which is essentially a societal problem, are advocating the widespread use of metformin to ‘treat’ those at risk of diabetes. Indeed, metformin is now licensed in some countries for this indication. This effectively amounts to starting glucose-lowering treatment early in order to prevent the onset of diabetes and the need for glucose-lowering treatment, the aim of which is to reduce symptoms and risk of complications.