LGBT+ people are more likely to be living with long-term physical or mental health problems, and more likely to report poorer healthcare outcomes. University of Cambridge statistician Dr Catherine Saunders has explored these inequalities over the last five years by studying health data provided by large numbers of people, painstakingly uncovering evidence on the health of sexual and gender minority adults.

Although Katie explains that the story of LGBT+ health has only just begun to be told, her research provides new insights into long term conditions, cancer, health screening, mental health and experiences of healthcare for LGBT+ people. 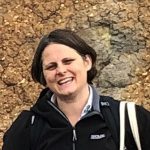 Lots more needs to be done but there are already clear messages for medical staff and for the NHS coming out of this work.

This briefing introduces key findings from Katie and her fellow researchers.

We’ve used the LGBT+ acronym to indicate we are talking about lesbian, gay, bisexual, transgender people and other identities including non-binary and asexual.  Most of this research so far considers only lesbian, gay and bisexual adults, although some recent and forthcoming work is beginning to research trans and non-binary health as well.

What have we found out so far?

This evidence means that GPs should pay particular attention to prevention, screening, and care for long-term conditions in their sexual minority patients, even in early adulthood.

HPV vaccination is important in both heterosexual and sexual minority populations.

Often the first port of call for people experiencing mental health problems is their GP. So healthcare staff – especially those in primary care who may have the best chances to spot problems – should look out for opportunities to support the mental health of their sexual minority patients.

LGBT+ people’s experiences of healthcare haven’t changed much in the last decade: we looked at whether inequalities in experiences of primary care are changing over time. We found that although access to healthcare got worse for everyone in the last decade, the inequalities that we saw for lesbian, gay and bisexual adults didn’t really change very much.

Most gender and gender minority disparities in primary care don’t come from biased care provided by GPs or from poorer data quality. Indeed, often primary care is the place where these disparities are addressed.

There’s a complex story about the intersection of social pressures (like experiences of minority stress, violence against women or caring responsibilities) with health and wellbeing.

Identifying and overcoming inequalities in health require us to develop a greater understanding of the impact of gendered behaviour, its impact on clinical care, and the resultant biases in the collection and interpretation of healthcare data.

Being a numbers detective

There are big challenges in working with statistics to work out what’s going on for LGBT+ people’s health.

We looked at whether UK Biobank, a large data resource, might be helpful to answer some of these research questions. The respondents who provided the data were asked about their sexual behaviour rather than their sexual orientation and gender identity. That makes it hard to get a full picture – but we suggested some possible approaches for researchers.

Also, we’d like studies to follow the same people over time to understand how things change and how best to tackle inequalities.

Another difficulty is deciding how best to handle gaps in the story told by the data. For example, how should we handle respondents identifying with the ‘Something else’ (SE) and ‘Don’t know’ (DK) categories often found in survey questions about sexual orientation? We have looked at whether we can predict people’s sexual orientation from these answers and found that we can: we think that about 94% of SE respondents and 20% of DK respondents might identify as a sexual or gender minority adult.

The data have improved a lot in the last decade; the work that I am doing now was only just starting to be possible 10 years ago.

People are more likely to answer a survey question asking about their sexual orientation now compared with around 2010 when these questions first started appearing!

We have explored and used lots of different data collections and we are finding ways to describe and trace the health and healthcare outcomes of LGBT+ people.

Are we asking the right questions?

Research questions are often set by funders, researchers, or health professionals and the clear and inclusive involvement of the public in research priority decisions is less common – but vitally important!

We worked with a group of lesbian, gay, bisexual, transgender plus (LGBT+) public participants to prioritise themes for health research.  The top three themes chosen by the panel were:

My aim is to carry out research which addresses these priorities.

What’s the point of all this research?

For me the biggest challenges to think about are how to carry out research that can directly lead to improvements in health – it’s not enough just to describe what is going on, the research needs to have a clear path to also making things better.

There isn’t a simple solution to improving health for LGBT+ people. It’s not a linear path from analysing routine data (which is mostly what I do) to addressing LGBT+ health inequalities. But certainly there are some places where I think this research can help.

Sometimes our research leads to direct recommendation for policy – for example from our research which looked at cervical screening uptake among women who have sex with women.

Sometimes it leads to areas where we might be able to make recommendations for clinicians or practitioners, for example highlighting the importance of considering sexual orientation in primary care consultations about mental health problems.

We are just starting a project looking at health outcomes and experiences of primary care for people who are non-binary and transgender, which will keep me busy in the next few months.

Since writing this blog we have published another couple of papers.

In our evaluation of the inequalities impact of telephone triage we considered lesbian, gay and bisexual adults. The analyses are in the appendices to the report here: https://pubmed.ncbi.nlm.nih.gov/35793423/

You can read more about the telephone triage project here: https://www.phpc.cam.ac.uk/pcu/telephone-triage-in-primary-care-does-not-disadvantage-patients-with-multimorbidity/

We are working on another analysis of the GP Patient Survey, looking at healthcare experiences of trans and non-binary adults. We have published the protocol here: https://www.mdpi.com/2411-5118/3/3/25

Please tell me what you think

One of the most important dimensions of this research is ensuring the research process itself is inclusive and non-discriminatory; making sure that I am asking and trying to answer the right questions, and listening to what people think.

So please do get in touch – I always love talking to people about this work!

Sources of help and support

Thinking about LGBT+ health and healthcare and the findings from this research can be difficult. Here are some organisations that may be able to offer help and support.

Samaritans. To talk about anything that is upsetting you, you can contact Samaritans 24 hours a day, 365 days a year. You can call 116 123 free from any phone.

Associations between sexual orientation and diagnosis of cancer

To learn more about whether the distribution of cancer sites varies by sexual orientation, we analysed data from English General Practice Patient Survey responders (three quarters of a million responders) and from hospital-based English Cancer Patient Experience Survey responders (a quarter of a million responders). This large-scale evidence shows that the distribution of cancer sites does not vary substantially by sexual orientation, with the exception of some HPV- and HIV-associated cancers. These findings again highlight the importance of HPV vaccination in heterosexual and sexual minority populations.

Sociodemographic inequalities in patient experience of primary care over time

This analysis of over five million responses to the General Practice Patient Survey between 2011 and 2017 found no substantial improvements in inequalities for primary care patients between 2011 and 2017. Access is getting worse everywhere and declining faster at those practices that serve deprived populations. We also found a slight increase in access difficulties reported by lesbian, gay and bisexual women and men.

In this article, we explain that most gender disparities in primary care come not from biased care provided by GPs or poorer data quality; they form a more complex picture where health and societal pressures (for example, violence against women or caring responsibilities) intersect. Identifying and overcoming these disparities will therefore require greater understanding of the impact of gendered behaviour, its impact on clinical care, and the resultant biases in the collection and interpretation of healthcare data.

UK Biobank is a research study which recruited, and is now following up, over half a million adults aged between 40 and 70. When participants were recruited they were asked about their history of sex with both women and men. In this research, we compared their responses to this question to responses from another survey, the third National Survey of Sexual Attitudes and Lifestyles, and found the estimates were broadly comparable. We also provide some advice to researchers on how to use UK Biobank in future research to explore disparities in health outcomes experienced by lesbian, gay and bisexual adults.

Researchers studying sexual orientation-based disparities have to decide how best to classify respondents identifying with the ‘Something else’ (SE) and ‘Don’t know’ (DK) categories often found in survey questions about sexual orientation. Here, we used the sociodemographic information and follow-up questions for SE and DK respondents in the 2013–2014 National Health Interview Survey to generate predicted probabilities of identifying as a sexual minority adult. We predicted that about 94% of the 144 SE respondents and 20% of the 310 DK respondents would identify as a sexual minority adult, with higher probabilities for younger, wealthier, non-Hispanic white, and urban-dwelling respondents.

Are we asking the right questions? Working with the LGBTQ+ community to prioritise healthcare research themes

This article explains how we reviewed published research priorities on LGBT health, grouped the priorities into themes and discussed them at a workshop with a group of LGBTQ+ people.

This research briefing was prepared by the Primary Care Unit, University of Cambridge.

With thanks to the Public Engagement Fund at the University of Cambridge who supported our work to compile this online briefing.

Top image: thanks to Pexels