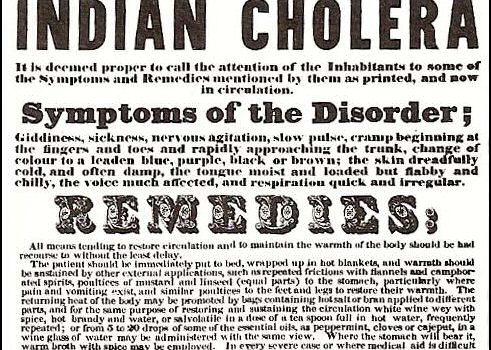 Efforts to prevent non communicable diseases (NCDs) are dominated by a simple idea:  once you know the causes of a disease you can do effective prevention.  So behaviours like eating, consuming alcohol, not taking exercise and smoking have been the centre of policy attention for decades These behaviours, their associated risks, the disease and its prevention are treated as if they are part of the same linear causal chain.

But a new paper, published today in Sociology of Health and Illness by Professor Mike Kelly, at the Primary Care Unit, University of Cambridge and Dr Federica Russo, Department of Philosophy at the University of Amsterdam, explains that the mechanisms which cause disease and the mechanisms of effective prevention are often very different.

Even if we know exposure is dangerous, if we don’t know how to effectively reduce exposure, the most elaborate knowledge of the cause won’t help you to prevent it’.

A simple history of public health in the UK, involving the steps taken to reduce exposures to pathogens, by for example the introduction of clean water and improved drains, can be read as “knowledge of cause leads to effective prevention”.    But Kelly and Russo show that the history of improving sanitation actually reveals a long slow war of attrition against vested interests of all kinds. Progress was slow and hard-won.  The first Professor of Public Health in Glasgow, William Gairdner, ruefully observed to his medical students as long ago as 1862 that The Times and The Spectator published articles showing “there was not and never had been, any such thing as contagion at all; that it was all a fiction of the medical mind, devised long ago to frighten people, and embarrass commerce”.

Steps to cut tobacco-related deaths and morbidity also took many decades to work. To succeed, they needed to draw on detailed knowledge of, amongst other things, addiction and of the tactics of the tobacco industry – in other words how to do effective prevention – not just knowledge of the biological processes that happen when tobacco smoke enters the lung.

If we seek simple solutions to public health problems, such as obesity, we will fail. The history of public health shows that the relationship between the causes of the disease and the measures taken to prevent that disease was often far from simple.”

Public health interventions focused on individual behaviour and its associated risks do seem to offer easy solutions, especially to policymakers in the grip of short-term political cycles. But they drive attention away from the broader factors at work.

Successful public health interventions usually need to engage whole populations and to confront powerful vested interests. Kelly and Russo explain that complex thinking is required to confront the ‘‘anti-health forces whose profit margins depend on selling the population salty, fatty, sugary foods of low nutritional value, on flooding the market with cheap alcohol, or on providing carbon-greedy forms of private transport at the expense of walking or cycling’.

Sociologists and philosophers are underrepresented in the way that policy is shaped on public health. They could contribute to public health by determined forays into Whitehall and Westminster to engage with policymakers and those who form opinion on public health topics.

Kelly and Russo suggest that a long haul approach to policy-making could be enabled by the uncoupling of public health from the political cycle.  Something analogous happened a few years ago when the responsibility for setting interest rates was removed from the Chancellor and given to a committee of the Bank of England.  The authors argue that unless and until we see this uncoupling, policy will be shaped by simple solutions based on a short term political cycle derived from an overly simple reading of the history of public health.

Michael P Kelly and Federica Russo: ‘Causal narratives in public health: the difference between mechanisms of aetiology and mechanisms of prevention in non-communicable diseases’. Sociology of Health and Illness, October 2017