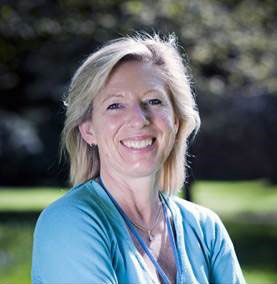 A research paper co-authored by Dr Fiona Walter, Clinical Principal Research Associate with the Cancer Group at the Primary Care Unit in Cambridge, on patient preferences for cancer investigation, has won Research Paper of the Year Award 2014 from the Royal College of General Practitioners (RCGP). The winning team includes researchers from the University of Bristol’s Centre for Academic Primary Care and colleagues from Exeter University.

The RCGP Research Paper of the Year Award gives recognition to an individual or group of researchers who have undertaken and published an exceptional piece of research relating to general practice or primary care.

The paper “Preferences for cancer investigation: a vignette-based study of primary-care attendees” was published in the journal Lancet Oncology in 2014; and highlighted public preference for testing and investigation for cancer even at low levels of risk.

Dr Jon Banks, first author of the paper, said: “We found that patients want to be tested at risk levels well below those stipulated by UK guidelines. The message for General Practice is that the public has an appetite for more cancer investigations and referrals, and there is potential for more patient involvement in these decisions. We are delighted to have won recognition for our work and hope that this will help spread the message that GPs can involve patients more when making decisions about cancer investigations and referrals.”

Dr Fiona Walter continued: “The excellent recruitment figures, across 22 general practices in the south west and east of England, point to a public willingness to engage with the question of cancer symptoms, risk and investigation. The data showing variation by cancer and investigation type and by age show an awareness of the issues involved. This highlights the potential for greater levels of involvement by patients in decision making and referral and investigation for cancer symptoms, particularly at the primary care level.”

“The paper is one of more than 20 publications arising from the DISCOVERY Programme, many of which have impacted on the recently revised NICE guidelines for suspected cancer. Funded by the NIHR and co-led from Cambridge, the programme aimed to transform symptomatic cancer diagnosis, and has involved successful collaborations across six universities and the NHS.”

Dr Bank and his colleagues asked 3,649 participants to fill in a total of 6,930 ‘vignettes’ – graphic analyses of symptoms which indicate particular types of cancer. Of those, 88 per cent opted for further investigation, even if there was only a low risk that the symptom could indicate cancer. In fact, there was only a slight rise in those who opted for investigation when the risk factor was higher than one per cent.

Although no fixed threshold is defined for the UK, in practice, the National Institute for Clinical Excellence (NICE) guidelines suggest that patients need to have symptoms which indicate a five per cent risk or higher before further tests for most cancers are carried out.

In the UK, one in three people in the UK will develop cancer during their lifetime. Although cancer survival rates in the UK have improved in the past 15 years, it still lags behind average European figures. Earlier diagnosis is considered to be one of the main ways to improve UK survival, particularly by refining the selection of patients for cancer investigation.

The research was part of the DISCOVERY Programme, a five-year initiative between six universities and the NHS which aims to transform the diagnosis of cancer and prevent hundreds of unnecessary deaths each year.