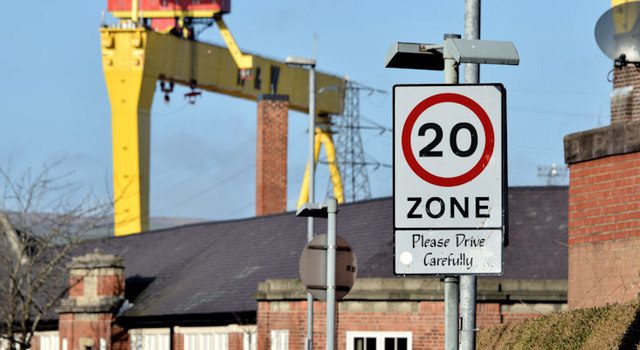 20mph zones are effective in reducing the number and severity of traffic collisions and casualties, according to new research. The findings should be used to support the implementation of 20mph speed zones across the UK and Europe, say the research team.

The research, funded by the National Institute for Health Research (NIHR) and published in the Journal of Transport and Health, is a review of published evidence and forms part of the largest and most comprehensive study to date into the effects of 20mph speed limits and speed zones to be undertaken in the UK. It was carried out by Queen’s University Belfast with a multi-University team including Professor Mike Kelly from the Primary Care Unit at the University of Cambridge.

Dr Ruth Hunter, Reader from the Centre for Public Health at Queen’s University Belfast explained that the primary reason for the introduction of interventions to reduce traffic speed is to lessen the likelihood of a collision occurring, and to reduce the severity of road traffic casualties.

This work clearly shows that 20mph zones are effective in reducing the number and severity of collisions and casualties. Encouragingly, we also found an increase in participants walking and children cycling spontaneously in 20mph zones. So there is also an indirect positive impact on physical activity.”

The research highlighted a lack of current evidence about the effectiveness of signage-based speed limits, the impact on public health, and air and noise pollution. The researchers suggested the need to pull together and build on this evidence to inform future road safety policies that could help to address the global epidemic around road injuries.

Dr Andy Cope, Director of Insight at Sustrans, the walking and cycling charity, welcomed the research: “Lowering vehicle speed in built up residential areas to 20mph not only improves safety for our most vulnerable road users, but it can also help to reduce the dominance of motor vehicles making our streets and places more attractive for people to walk, cycle and enjoy. This is why we strongly support a UK-wide 20 mph default speed zones in built-up areas.”