Applications are invited for this national PhD studentship competition for three year awards from individuals with a strong academic record who wish to develop a career in primary care research. Awards are offered at all the partner universities within the SPCR: Bristol, Cambridge, Keele, Manchester, Newcastle, Nottingham Oxford, Southampton and University College London. Awards will […] 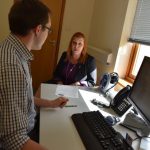 UK incidence of the serious skin cancer melanoma is rising rapidly and action in primary care settings has potential to substantially improve early diagnosis and drive better outcomes for patients. Research from the Primary Care Unit in Cambridge is shaping diagnosis procedures in primary care which could deliver measurable reductions in mortality and morbidity amongst […]

On 11-12 November 6 members of the Physiotherapy Department presented their research and service improvement and evaluation work at the European Region of the World Confederation for Physical Therapy Congress in Liverpool. The team were: Jenny Adamson, Kerry Alexander, Patricia Costello, Becki Dixon, Nathalie Gibbins and Jasmine Luckett all pictured below. These studies represent the hard work by this group during rotations […] 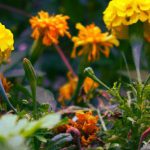 The ambitious seminar series, ‘Images of Care and Dying’, led by Robbie Duschinsky, Stephen Barclay and Emma Wilson (Professor of French Literature and the Visual Arts) began in October 2016 with a discussion of a remarkable documentary at the first seminar. Filmed in a pioneering hospice, The Time to Die addressed a subject that remains […] 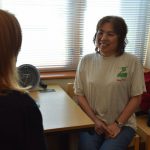 Blog from Dr Fiona Walter, Cancer Group, Primary Care Unit While UK cancer screening programmes currently detect 10-15% of cancers, the remaining patients initially present to primary care or the emergency services.  Overall survival for most common cancers in the UK is improving due to treatment strategies, but research suggests that the time taken to […]