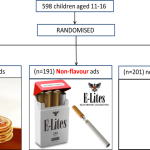 A fully funded PhD studentship in stroke and the elderly, named in honour of Mrs Malati Kanbur, will be available from October 2016, or earlier by mutual agreement. The studentship is based at the Cambridge University Department of Public Health & Primary Care, under the supervision of Jonathan Mant, Professor of Primary Care Research, and […]

Applications are invited for this national School of Primary Care Research PhD studentship competition for 3 year awards from individuals with a strong academic record who wish to develop a career in primary care research. Awards will normally be taken up in October 2016. Applicants must have a first degree in a discipline relevant to primary […]