The team enjoyed presenting two posters and two oral papers at SAPC in Oxford. We are currently looking forward to a local conference at the Cambridge Institute of Public Health as well as the Primary Care Respiratory Society in October. 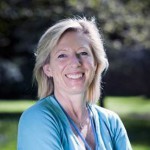 A research paper co-authored by Dr Fiona Walter, Clinical Principal Research Associate with the Cancer Group at the Primary Care Unit in Cambridge, on patient preferences for cancer investigation, has won Research Paper of the Year Award 2014 from the Royal College of General Practitioners (RCGP). The winning team includes researchers from the University of […]

A new review has produced the most conclusive evidence to date that people consume more food or non-alcoholic drinks when offered larger sized portions or when they use larger items of tableware. The research, carried out by the University of Cambridge and published in the Cochrane Database of Systematic Reviews, suggests that eliminating larger-sized […]

While preparing for a talk for the ESC Congress on secondary prevention for women with cardiovascular disease, I came across increasingly ominous data. The majority of women are older when they develop cardiovascular disease (CVD) – on average a decade older than men – and women are relatively protected prior to menopause. However there are […]

The European Society of Cardiology Congress in London had several sessions on exercise training and cardiac rehabilitation in various groups of patients with cardiovascular conditions. Three that I co-chaired were especially memorable to me. The first was a mobile app interactive session titled: ‘How to Exercise Patients with Cardiovascular Disease’, which featured complex case studies […]

The ESC Congress is over for another year, and I leave feeling energised by the science and networking with colleagues as well as tired after a very busy few days.  The Excel Centre in London hosted over 32,000 delegates attending sessions from early (Science at Breakfast started at 0730) to late (satellite sessions and dinners), […]