For a list of all publications, please see here. 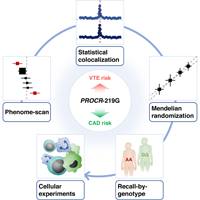 Many individual genetic risk loci associate with multiple diseases; however, the molecular basis of these loci often remains unclear. We present an integrative approach to reveal the molecular mechanism underlying the PROCR locus, associated with lower coronary artery disease (CAD) risk but higher venous thromboembolism (VTE) risk. Using genetic analyses, we identified PROCR-p.Ser219Gly as the likely causal variant and protein C as a causal factor. Through human recall-by-genotype and in vitro experimentation, we showed that PROCR-219Gly leads to a perturbed protein C pathway with divergent downstream biological effects associated with the risk of CAD and VTE. The findings will inform therapeutic strategies targeting the protein C pathway. 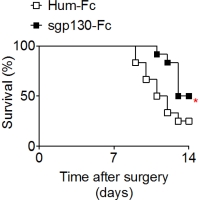 The Asp358Ala variant in the interleukin-6 receptor (IL-6R) gene has been implicated in the development of abdominal aortic aneurysms (AAAs), but its effect on AAA growth over time is not known. In this study, we aimed to investigate the clinical association between the IL6R-Asp358Ala variant and AAA growth, and to assess the effect of blocking the IL-6 signalling pathway in mouse models of aneurysm rupture. We found that baseline aneurysm size was 0.55mm (95% confidence interval [CI]: 0.13, 0.98mm) smaller per copy of the minor allele [C] of the Asp358Ala variant, but there was no evidence of a reduction in AAA growth rate. In two mouse models of AAA, selective blockage of the IL-6 trans-signalling pathway, but not combined blockage of both, the classical and trans-signalling pathways, was associated with improved survival. Our proof-of-principle data are compatible with the concept that IL-6 trans-signalling is relevant to AAA growth. 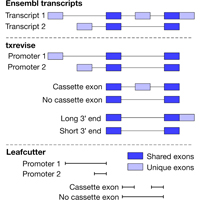 Genetic effects on promoter usage are highly context-specific and contribute to complex traits.

Genetic variants that regulate RNA splicing and transcript usage have been implicated in both common and rare diseases. Although transcript usage quantitative trait loci have been mapped across multiple cell types and conditions, the molecular mechanisms through which these variants exert their effect have remained elusive. We performed a comprehensive analysis of RNA-sequencing data from human macrophages exposed to a range of inflammatory and metabolic stimuli, obtained from up to 84 individuals. We found that promoter usage QTLs are 50% more likely to be context-specific than canonical splicing QTLs and constitute 25% of the transcript-level colocalisations with complex traits. Thus, promoter usage might be a previously under-appreciated molecular mechanism mediating complex trait associations in a context-specific manner. 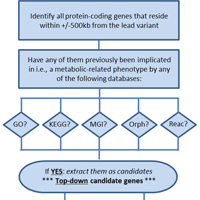 ProGeM: A framework for the prioritisation of candidate causal genes at molecular quantitative trait loci.

Quantitative trait locus (QTL) mapping of molecular phenotypes such as metabolites, lipids and proteins through genome-wide association studies (GWAS) represents a powerful means of highlighting molecular mechanisms relevant to human diseases. However, a major challenge of this approach is to identify the causal gene(s) at the observed QTLs. We present a novel analysis framework for the ‘Prioritisation of candidate causal Genes at Molecular QTLs’ (ProGeM), which incorporates biological domain-specific annotation data alongside genome annotation data from multiple repositories. We rigorously assessed the performance of ProGeM using a reference set of metabolite QTLs and provide a systematic benchmarking analysis of different functional annotation data sources. 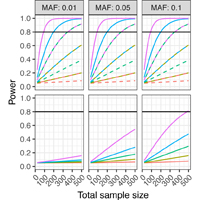 Formalising recall by genotype as an efficient approach to detailed phenotyping and causal inference.

Detailed phenotyping is required to deepen our understanding of the biological mechanisms underlying genetic associations. In addition, the impact of potentially modifiable risk factors on disease requires analytical frameworks that allow causal inference. We discuss the characteristics of recall-by-genotype (RbG) as a study design aimed at addressing both these needs. We describe two broad scenarios for the application of RbG: studies using single variants and those using multiple variants. We consider the efficacy and practicality of the RbG approach, provide a catalogue of UK-based resources for such studies, and present an online RbG study planner. 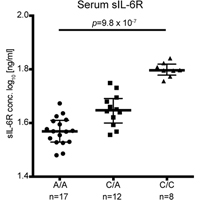 Interleukin-6 (IL-6), a pro-inflammatory cytokine, has been implicated in a range of complex chronic diseases. In this study, we investigated the role of the Asp358Ala functional variant, located in the interleukin-6 receptor (IL-6R) gene, in respiratory conditions such as chronic obstructive pulmonary disease (COPD) and asthma. We found that the Asp358Ala variant was associated with the risk of atopic asthma but not COPD. We showed that in carriers of the Asp358Ala minor allele shedding of soluble IL-6R from neutrophils and release of MCP-1 (a pro-inflammatory chemokine) in human pulmonary artery endothelial cells was increased. These findings suggest that neutrophils may be an important source of soluble IL-6R in the lungs and that the Asp358Ala variant may have pro-inflammatory effects. 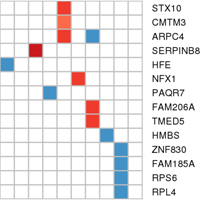 A healthy immune system requires immune cells that adapt rapidly to environmental challenges. This phenotypic plasticity can be mediated by transcriptional and epigenetic variability. In the study, we applied a novel analytical approach to measure such variability genome-wide across three human immune cell types from the same 125 healthy individuals. We discovered substantially increased variability in neutrophils compared to monocytes and T cells. In neutrophils, genes with hypervariable expression were found to be implicated in key immune pathways and to associate with cellular properties and environmental exposure. Our data provide a resource to enable further functional studies into the plasticity of immune cells. Also, we recently published a review article on transcriptional and epigenetic variability. 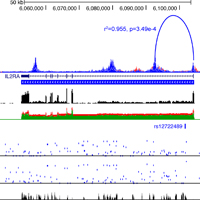 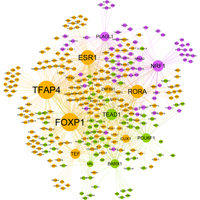 The incidence of type 1 diabetes is increasing, potentially implicating non-genetic factors such as epigenetic mechanisms in disease development. We conducted an epigenome-wide association study in 52 disease-discordant monozygotic twin pairs in three immune effector cell types. We found increased DNA methylation variability at genes associated with immune cell metabolism and the cell cycle. Our findings, based on 772 methylomes, implicate epigenetic changes that could contribute to disease pathogenesis in type 1 diabetes. 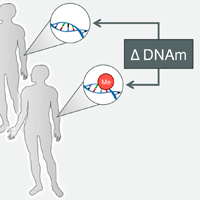 Allogeneic haematopoietic stem cell transplantation (HSCT) is used to treat a variety of blood-related disorders. Acute graft-versus-host disease (aGVHD) is a prevalent immune-mediated complication following HSCT. Current diagnostic biomarkers that correlate with aGVHD severity, progression and therapy response in graft recipients are insufficient. In this study, we identified epigenetic marks in peripheral blood of healthy graft donors that correlate with aGVHD severity in sibling recipients before HSCT. Our findings suggest that epigenetic typing of HSCT donors in a clinical setting may be used to inform both donor selection and transplantation strategy. 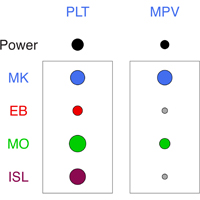 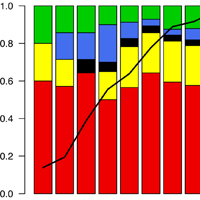 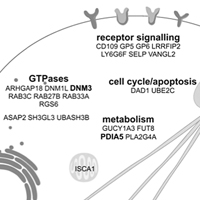 A GWAS sequence variant for platelet volume marks an alternative DNM3 promoter in megakaryocytes near a MEIS1 binding site.

We describe the investigation of the molecular mechanism underlying the DNM3 gene region. This region harbours genetic variants that are associated with platelet volume. We found the gene regulatory protein MEIS1 to locate at an alternative transcription start site that is only used in platelet precursor cells. Further experimental analyses demonstrated the importance of DNM3 in platelet formation. The study provides an informative strategy of how to translate findings from genome-wide association studies into novel mechanistic insights. 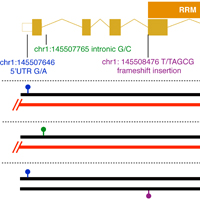 This study describes the discovery of a gene that causes thrombocytopenia with absent radii (TAR), a rare inherited blood and skeletal disorder. Genetic sequencing revealed that the syndrome occurs by a unique inherited mechanism, in which two gene regulatory variants lead to diminished RBM8A transcription. We found that low levels of Y14 (the protein encoded by RBM8A) affect platelet formation and cause TAR syndrome. The findings pave the way for prenatal diagnosis and genetic counselling in affected families. 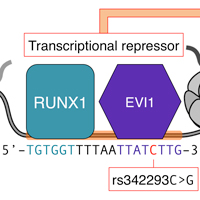 Turning genetic discoveries identified in genome-wide association studies into biological mechanisms is an important challenge in human genetics. We mapped sites of open chromatin, which mark active gene regulatory elements, in red blood and platelet precursor cells. Then, we screened these regions for genetic variants associated with red cell and platelet traits, and pinpointed several candidate functional variants. Using both cellular and mouse models, the study also describes the molecular mechanism at the PIK3CG gene region, implicated in the regulation of platelet volume and function.