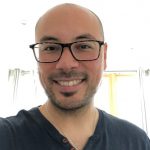 Mike grew up in the Seattle area before beginning undergraduate study in 1999 at the University of Washington, where he graduated with BSc’s in biochemistry and economics. As a 19 year-old freshman, Mike began analyzing data from the draft Human Genome Project, spending several years doing research in gene finding and protein structure prediction. He continued studying protein structure as a graduate student at UCLA, but returned to genomics in 2005 when he moved to the Wellcome Trust Sanger Institute (Cambridge, UK). While at Sanger, Mike completed his PhD with Prof Leena Peltonen and Prof Gert-Jan van Ommen and was heavily involved in the analytics for the first wave of genome-wide association studies as well as large-scale studies integrating multi-omic data. After a postdoc at the Walter and Eliza Hall Institute (Melbourne, AU), he was recruited to the faculty at the University of Melbourne in 2012 where he built a research program in systems genomics with a focus on clinical and public health applications. In 2017, Mike was recruited to the Baker Institute and the University of Cambridge to set up a lab spanning Australia and the UK that focuses on core areas of systems genomics, including polygenic risk scores, integrated analysis of multi-omics data and development of analytic tools. 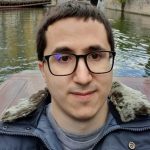 Carles received his bachelor’s degree in Biochemistry from the University of Barcelona, where he developed an interest in Systems Biology. To pursue this interest, he enrolled in the Biohealth Computing Erasmus Mundus master program, enabling him to take courses in bioinformatics at the University of Turin and to develop new modelling tools at the Joseph Fourier University. Next, he pursued a Ph.D. in Biotechnology at the University of Barcelona. During his Ph.D., he developed new approaches to model metabolism at a genome-scale by integrating multiple layers of omics data and an algorithm to integrate transcriptomics with stable isotope-resolved metabolomics and contributed to the PhenoMeNal project. He joined the Cambridge node of the Inouye lab in April 2021, where he works on the analysis of genomic and multi-omic datasets across HDRUK. 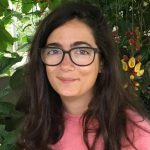 Joanna grew up in London before moving to the US in 2008 where she received her BA in Applied Mathematics and MSc in Biostatistics from Harvard University. During this time she was introduced to human genetics while working as a research assistant in Yaniv Erlich’s lab where she analysed large social media generated family trees to understand the genetic architecture of longevity. Following this, she moved back to the UK in 2015 to undertake her PhD at the Wellcome Sanger Institute with Matt Hurles where she focussed on understanding the rates and patterns of germline mutation as well as their role in rare developmental disorders. In 2021 she started her post-doc jointly with Gosia Trynka and Mike Inouye where her project is focussed on integrating functional genomics data and polygenic scores to identify disease relevant cell types.

Sam received his BSc in Canada from the University of Guelph where he studied Biological Sciences with stints working with chicken viruses, studying abroad in Singapore, working in a lab in China, and finally doing some nutrigenomics/lipid research. He then moved back home to Toronto to pursue his PhD in Molecular Genetics with Dr. Tim Hughes at the University of Toronto. During his PhD he studied anything and everything to do with transcription factors – developing computational methods to measure and understand the diversity of sequences transcription factors recognize within and between species. Sam joined the Cambridge node of the Inouye lab in January 2019, and is excited to be working on topics related to polygenic (risk) scores for predicting an individual’s disease risk or phenotype based on their genetics. 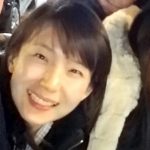 Sol received her BSc in Mathematics, MSc in Cognitive Sciences, PhD in Neuroscience from Seoul National University. During her PhD, she studied Connectomics in Dynamic Connectome Lab with Prof Marcus Kaiser (Seoul, South Korea and Newcastle, UK), in particular, focusing on the spatial and topological characteristics of the brain network and its development microscopically in synaptic connectivity and macroscopically using mainly Neuroimaging techniques such as diffusion MRI and functional MRI. During the last two years of her PhD, She visited the School of Computing Interdisciplinary Computing and Complex BioSystems (ICOS) research group as a research assistant at Newcastle University, UK. After her PhD, she moved to Bloomington, USA to join Computational Cognitive Neuroscience Lab as a postdoc working with Prof Olaf Sporns at Indiana University and collaborated with network scientists such as Prof Santo Fortunato and Prof Filippo Radicchi on multiscale community detection and multilayer networks applied to human brain networks. She then came back to the UK to join Ed Bullmore’s Brain Mapping Unit group in the Department of Psychiatry, University of Cambridge where she worked on the longitudinal brain imaging data (NSPN consortium: NeuroScience in Psychiatry Network). To continue her adventure, in April 2020 she joined the Cambridge node of the Inouye lab and is investigating various approaches to the analysis of single-cell and bulk functional genomics data. 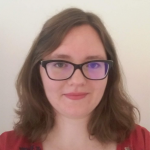 Dr Elodie Persyn studied agricultural engineering in Rennes (France) and obtained a Masters degree in Cellular and Molecular Biology and in Applied Statistics. She did a PhD in Nantes (France) with Richard Redon, Christian Dina and Lise Bellanger on rare variant association studies. She developed research interests in genetic epidemiology and population genetics with the comparison of statistical methods and the application to complex traits. After her PhD, she moved to the UK to join Cathryn Lewis’ team in King’s College London as a post-doctoral researcher. In collaboration with Hugh Markus from the University of Cambridge, she studied the genetics of brain imaging biomarkers of small vessel disease through the analysis of UK Biobank data. Currently, in the Inouye Lab, she is investigating the integration of multi-omics data from the INTERVAL study (https://www.intervalstudy.org.uk/). 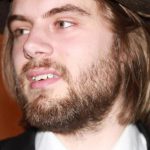 Scott grew up in Melbourne before spending several years in the UK and US. He returned to Melbourne to begin undergraduate study at the University of Melbourne in 2008 graduating with a Bachelor in Computer Science in 2010. During his undergraduate he became interested in machine learning and data analysis, and was introduced to Bioinformatics in his final year. This led him to continue with postgraduate study at the University of Melbourne in Bioinformatics, graduating with distinction with an MSc in 2012. During this time he joined the Inouye Lab where he was introduced to systems biology, exploring different methods for constructing gene co-expression networks. In 2017, he completed his PhD also in the Inouye Lab. His current research interests include network analysis, gene expression data, and data visualisation.

Howard graduated from the University of Melbourne in 2012 with MBBS, BMedSc (Hons), and spent a year working as a junior doctor at the Northern Hospital, Epping. He has been involved in a number of clinical research projects around Melbourne. For example he has conducted analysis and provided statistical consultation for surgical researchers studying risk factors for blood transfusion following hip operations, and physical and psychological outcomes following breast reconstruction surgery for breast cancer. Howard has a keen interest in the mathematical modelling of biological processes, and the use of statistical tools to better understand complex biological systems. He obtained his PhD from the University of Melbourne in 2019 and has since joined the University of Cambridge to study risk factors associated with respiratory disease (e.g. COVID-19) using EHRs, genomics and multi-omic data. Yu received his Ph.D. degree in Intelligence Systems at Trinity College Dublin, where he continued working as a research fellow till late 2018. Yu’s Ph.D. research tackled the problem of user expertise inference on social media which aimed to predict the online user’s expertise information via exploiting machine learning techniques, with a focus on the application of probabilistic graph models and multi-task learning algorithms. Prior to that, Yu earned his M.S. degree in Computer Science at Hunan University of Science and Technology, China in 2013. His M.S. research developed novel collaborative filtering and optimal path search algorithms to address the Web service recommendation problem. As a post-doctoral researcher in Inouye Lab, Yu is exploring machine learning and deep learning techniques to address genomic prediction problems including genotype/phenotype imputations, polygenic risk score predictions on human diseases, etc.

Loïc is a PhD student from the MRC Doctoral Programme at the University of Cambridge. Before that, he was trained in Paris at Lycée Saint-Louis and ENSAE ParisTech where he earned a BSc and a french Diplôme d’ingénieur (MSc) studying mainly mathematics and statistics, but also a bit of theoretical physics and economics. Then he completed an MSc in Statistics and Machine Learning at the University of Oxford in 2018. His Master’s thesis focused on developing a Bayesian tree-based algorithm to predict the length of hospital stays for patients. He joined the Inouye Lab after his graduation and is now interested in how Machine Learning can help to best infer Protein-Protein Interaction Networks. Alex grew up in Melbourne, Australia, completing undergraduate degrees at Monash University in Computer Science and Science (Microbiology and Molecular biology). During this he had the opportunity through a CSL-funded UROP internship to pursue bioinformatics research at the Australian Regenerative Medicine Institute, creating systems to explore spatial transcriptomic data. Alex then joined the lab of Kathryn Holt at the Bio21 Institute of the University of Melbourne for a year-long honours project on bacterial genomics, analysing how plasmids share genes between each other and different bacterial species. He then joined the Inouye lab to analyse the network interactions of genomic and environmental data from asthma patients, before beginning his PhD at the Sanger Institute in the University of Cambridge. Currently Alex is supervised by Emma Davenport and Mike Inouye, and looks at the variation in the human response to immune conditions such as sepsis, and the interaction of this with resident microbes. 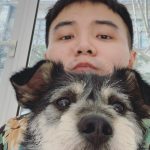 Yang was born in China and moved to Singapore during secondary and high school. He completed his BSc in Biomedical Sciences and MSc in Epidemiology at Imperial College London. His Masters’ project was to investigate renal safety profiles of HIV-1 patients after switching drug regimen in collaboration with Gilead Sciences Inc., which spurred his interest in data science in the context of infectious diseases. His current research focusses on the application of GWAS in infectious diseases, particularly infections with known comorbidities.