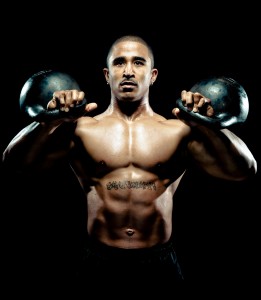 What effects if any do our diets have on health? How can we find health patterns in the population? What’s the truth about fat? What keeps people fit and healthy as they get older? These questions and more will be explored at this year’s Cambridge Science Festival.

On Sunday 23 March, the event, From EPIC Patterns to better health, will reveal how looking at patterns in the population allows us to understand the links between diet, lifestyle and health. Visitors to this event will be able to see patterns in the Science Festival 2014 population, explore balanced diets, and experience for themselves the eye conditions being studied in the EPIC project in the Department of Public Health and Primary Care.The European Prospective Investigation into Cancer and Nutrition (EPIC) was designed to investigate the relationships between diet, nutritional status, lifestyle and environmental factors and the incidence of cancer and other chronic diseases. EPIC is a large study of diet and health having recruited over half a million (520,000) people in 10 European countries: Denmark, France, Germany, Greece, Italy, The Netherlands, Norway, Spain, Sweden and the United Kingdom.Stephanie Moore, Senior Research Assistant on the EPIC Study, said: “You might not believe you have ever thought about epidemiology before, but there are often health stories in the newspapers and you have probably asked yourself questions like: What effects if any do our diets have on health? How can we find health patterns in the population? What do they mean? What keeps people fit and healthy as they get older? How much difference does eating my five a day make? Is my body shape linked to staying well? The EPIC study looks at all these things and many more.

“For 20 years we have been asking people about their lifestyle and diet, making measurements and recording disease if people get ill and over 25,000 people have come to see us and filled in questionnaires, most of them more than once. Our participants have contributed to over 400 research publications.”

Professor Kay-Tee Khaw, one of EPIC’s Principal Investigators will also be presenting an interactive talk on a publication that hit the news, Healthy for longer: guess how and guess who? on Wednesday 19th March. Visitors will be able to join colleagues from the Department of Public Health and Primary Care for a life-size game of guess who? to understand epidemiological concepts and how, by discovering patterns in populations, we can advise the people on how to stay healthy for longer.

An event on Thursday 20 March – Why we know very little about the effect of diet on health, And why so much is written about it – will see David Colquhoun, Professor of Pharmolocology and author of the award-winning Improbable Science Blog (http://www.dcscience.net/) debunk some of the many myths involving diet and ill health, with which we are endlessly bombarded.

Speaking about the topic of his talk, Professor Colquhoun said: “We are perpetually bombarded with advice about what to eat, and quite often each new report contradicts earlier ones.  It follows that some of the advice is wrong.  The main reason for this sad state of affairs is that it’s hard to allocate people at random to eat one diet or another.  We have to rely on observing what people eat and how they die.  Since healthy and wealthy people tend to eat differently from poor unhealthy people, it’s impossible to tell what’s a consequence of wealth and what’s a consequence of diet.  That’s why ‘Almost every single nutrient imaginable has peer reviewed publications associating it with almost any outcome’.  In fact, no single food has a dramatic effect, good or bad, on health.  About all one can say is don’t eat too much and don’t eat all the same thing. But there isn’t much money in such simple advice.”

Other talks and exhibitions related to fitness, health and metabolism include: