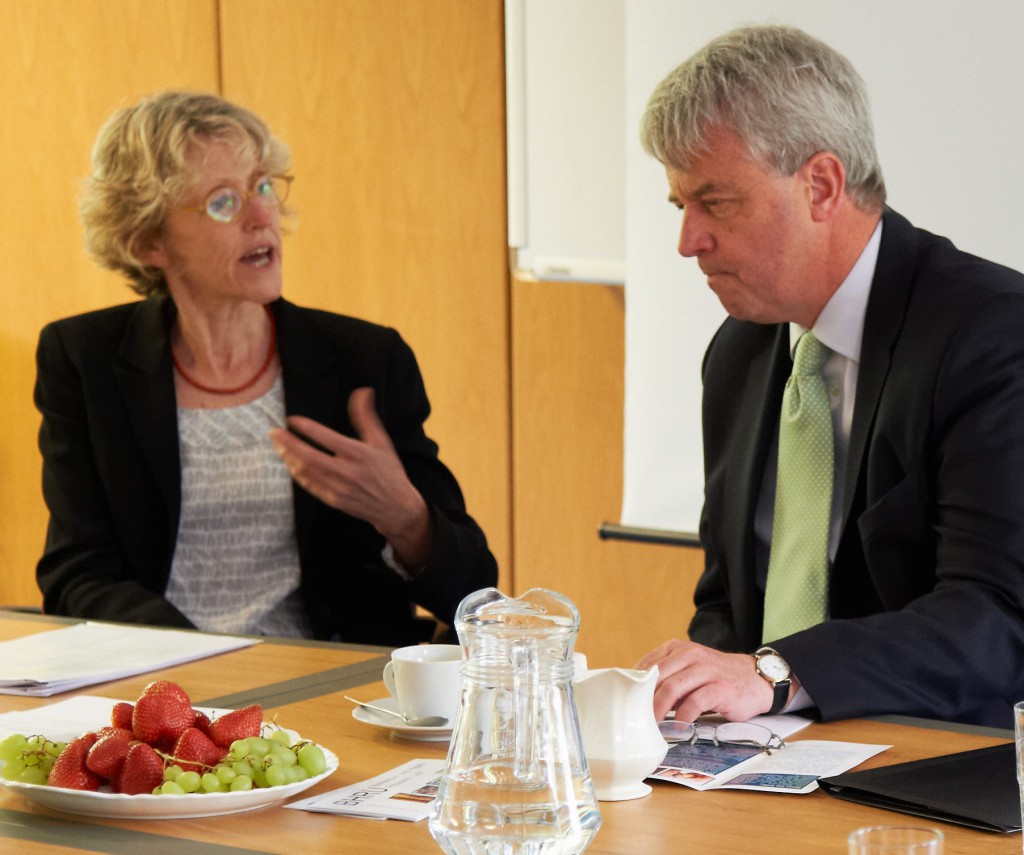 Andrew Lansley, Secretary of State for Health, paid a visit to the Behaviour and Health Research Unit (BHRU) on Friday 24th June to learn more about the work of the Unit.

Mr Lansley and the BHRU team enjoyed a stimulating and wide ranging interchange. Discussions focussed on the scientific basis for understanding everyday behaviour, using the presentation of food as an example of how people’s desire and consumption can be affected by their environments without them being aware of it. Also under discussion was the effect of changing environments to alter people’s behaviour: when to encourage people to change their  behaviour through ‘nudging’ and when to regulate. Finally, a lively debate ensued about how judgments about evidence and its uncertainty influence public and policy-makers views on the acceptability of government intervention  to change behaviour.

The meeting with Mr Lansley underscored the great potential of the Unit’s work to inform government policies aimed at improving population health and the importance of inputs from a wide range of disciplines  including  psychology, neuroscience, epidemiology and economics.