Thomas Strangeways qualified at St Bartholomew’s Hospital, London and worked with Professor Kanthack, a man to whom Strangeways said he owed any success he had.

A move to Cambridge

When Kanthack was elected to the Chair of Pathology at Cambridge, he invited Strangeways to come with him, which he did willingly.

After Kanthack’s death, Thomas Strangeways became Huddersfield lecturer in Pathology under Sims Woodhead. Strangeways worked his students hard, but was well liked and the students became as keen as he. In fact, through dining at a student’s home, he met his future wife Dorothy Beck. They were engaged in 1901 and married the following year.

A “Scheme” for clinical research

Strangeways had an idea for a “Scheme” to do research into a chosen field. This idea was to make a “systematic investigation of some of the important diseases the pathology and treatment of which are as yet undetermined”. He wanted to attract patients into a hospital under the supervision of a nurse for observation and research and not primarily for treatment.

He did some initial feasibility work in patient recruitment with those suffering from malaria, even placing “research subjects” in a swampy part of the Fens for observation.

At the same time, he started to obtain financial help. This proved to be forthcoming in part due to his keenness for the “Scheme” to succeed and part that he himself derived no profit from the plan. In fact he put in £50 himself per annum, which was a third of his own income.

The Scheme was financed by a Fund, the original Trustees of which were Sir W Selby Church, Sir Thomas Clifford Allbutt, Professor G Simms Woodhead and Thomas Strangeways.

Employees and the first Committee

A matron, retired from nursing, and another nurse were employed and gave their services for free. Various of Strangeways’ friends in medical practice undertook research, without pay, and were called ‘The Committee for the Study of Special Diseases’.

With the first financial backing, a small hospital was started in a house on Hartington Grove, Cambridge, which is off Hills Road between Addenbrooke’s and the rail station.

The hospital opened in 1905 with two wards, each having three beds.

When the hospital first opened in 1905 it used a converted coal shed as a laboratory. An X-ray set, provided by Dr RC Brown, was set up in the Medical School. Dr Brown also gave a scholarship of £150 per annum for work at the Royal Mineral Water Hospital at Bath, where part of the laboratory work was done, the coal shed proving to be short of ideal for all the research work.

Strangeways found there was no difficulty in recruiting patients. They were not charged fees but most were very grateful for all the care they received and for the improvement in their condition and gave a donation on leaving.

Strangeways also visited patients suffering from rheumatoid arthritis and related diseases in London infirmaries. His wife estimated he saw 1000 or more patients and he often returned from London with bags of specimens.

The specimens Strangeways collected were donated to the Museum of the Royal College of Surgeons, but were unfortunately destroyed during the Second World War.

The collection included one item from the Survey Department of the Ministry of Finance of Egypt. The Nubian bones were approximately 6000 years old and showed pathological changes similar to those of the patients with gout and arthritis that Strangeways was observing in the UK.

Closure of the first hospital

In 1907, the annual cost of the ‘scheme’ was just over £500, which caused the initial Fund to be exhausted in the following year. This resulted in the temporary closure of the Hartington Grove hospital. In 1909, they were, however, able to reopen it.

At about the same time, a friend of Strangeways persuaded him that if he wanted to continue his work he would need a bigger hospital. A public appeal was launched with great success.

A suitable site for the new research hospital was found on Worts Causeway and purchased for £300 through the generosity of Miss Sykes of Huddersfield.

A London architect, and friend of one of the researchers, drew up the plans and supervised the work for free. All the legal business was also conducted without charge. The estimated cost of the building was £1,600.

On 24 May 1912, Dr RC Brown opened the Research Hospital, an event that was attended by about 500 guests.

Work continued, with funds being received, including £700 from Mr (later Sir) Otto Best for the building of an operating theatre in 1914.

Strangeways himself earned money to run the Hospital, taking a consulting room in Harley Street one day each week. In fact, he earned more for the Hospital than he did for his family and, reluctantly, decided his future expenses must come from the Hospital Fund. 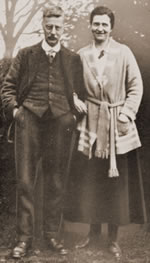 During the First World War, the Research Hospital was commandeered as an extension of the 1st Eastern General Hospital.

Through the intervention of Otto Best, the Hospital was offered to the War Office as a small, equipped hospital for officers. The running expenses were to be paid by Otto Best and Thomas Strangeways was to be in charge. They agreed and during the course of the War 600 patients were treated, of which only two died. The last patient left in August 1917 when the Research Hospital returned to its usual work.

In 1923, it was decided that the clinical research could be carried out much better in a hospital where more beds were available. The clinical work was, therefore, transferred to St Bartholomew’s Hospital and the wards at the Research Hospital were closed.

After the patients left, Strangeways continued his research, believing that ignorance about the physiology of the cells of the joints was impeding progress. He devoted the rest of his life to the study of living cells by means of tissue culture in vitro and in vivo. A field in which he was one of the chief pioneers.

Renaming as a tribute to its founder

Thomas Strangeways died on 23 December 1926, on the eve of his 70th birthday. In 1928, The Research Hospital was renamed The Strangeways Research Laboratory as a permanent tribute to its founder.

Strangeways Research Laboratory – extension to the original building in 1962 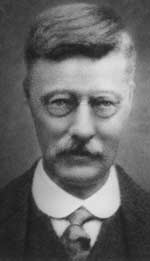